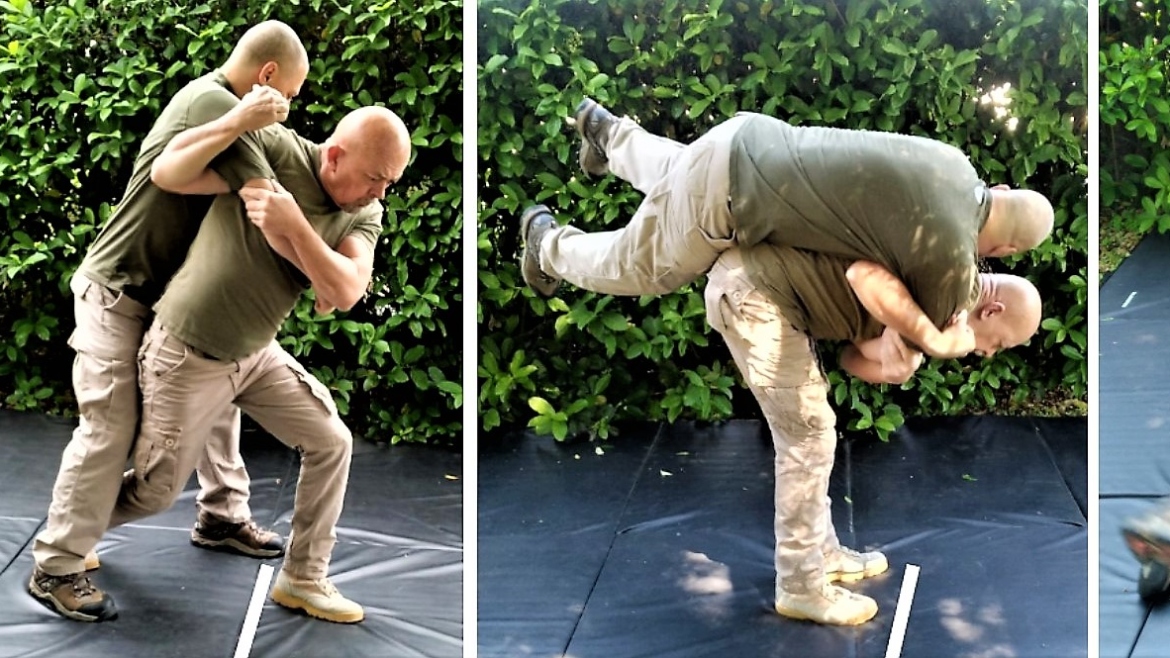 Hip throw split step entry (Two on one variation) vs 3rd party grapple situation
This variation incorporates a two hand on one arm grip like the shoulder throw or front throw. (This variation of the hip throw can be found on page 125 of the 1963 US Army Field Manual 21-150). You get both hands on his right arm and finish the technique by throwing your opponent over your hip (using your hip as the fulcrum) rather than over your shoulder and directly to your front. In this scenario an ill-intentioned third party has intervened. He attempts to grab you from the side to pick you up and slam you to the ground.

(2.) Step toward your right foot with your left foot. Your feet shuffle forward and pivot as the right foot steps forward past the heels of your opponent as the left foot takes right foot’s place between the opponent’s feet. The toes of both your feet should be pointed in the direction of the throw. The heel of your left foot should be even with the toes of his left foot.  Pinch his right arm at the armpit with the bicep and forearm or your right arm.

(3.) Step back with the left foot and straighten your legs quickly thrusting your hips into your opponent. Continue the pull with the left hand. Bend forward while finishing the pull forward and downward with both arms, twisting your torso to the left and driving your opponent to the ground. Use the hip as the fulcrum, throwing the opponent over your right hip and NOT over the outside of your right leg.

Walk through the throw, step by step, while focusing on proper body positioning and execution. When in training strive for precision and accuracy. Do each PHASE of the throw one at a time with deliberate action. Gradually work to do it in one smooth motion. Once you have thoroughly learned the throw work for speed through constant practice and have your partner gradually exert more pressure against you in his initial attack. 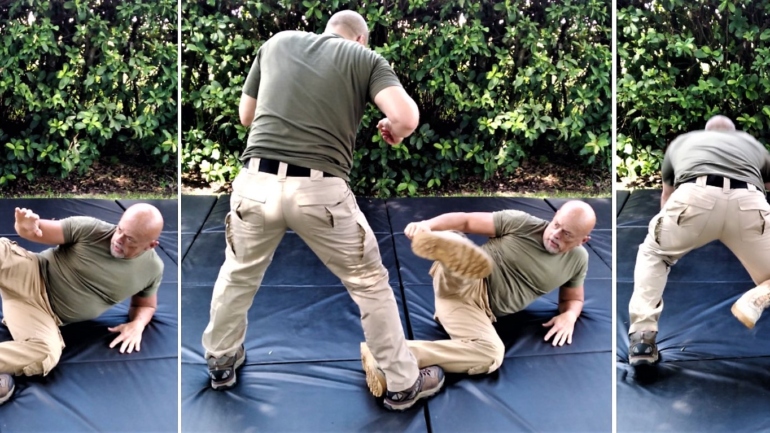 GOUND FIGHTING IN THE CONCRETE JUNGLE 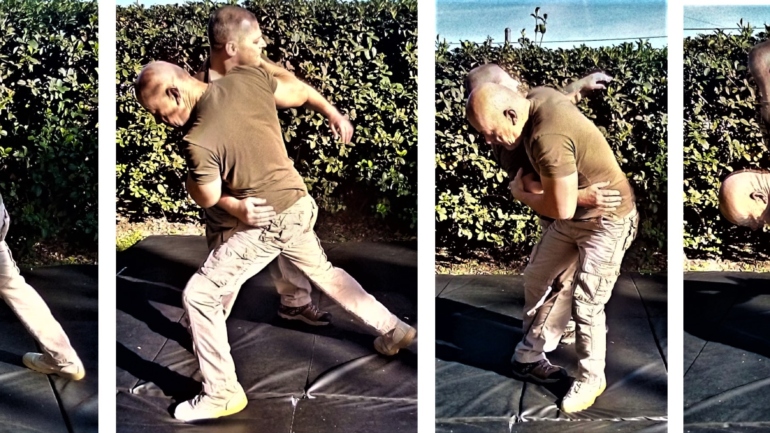