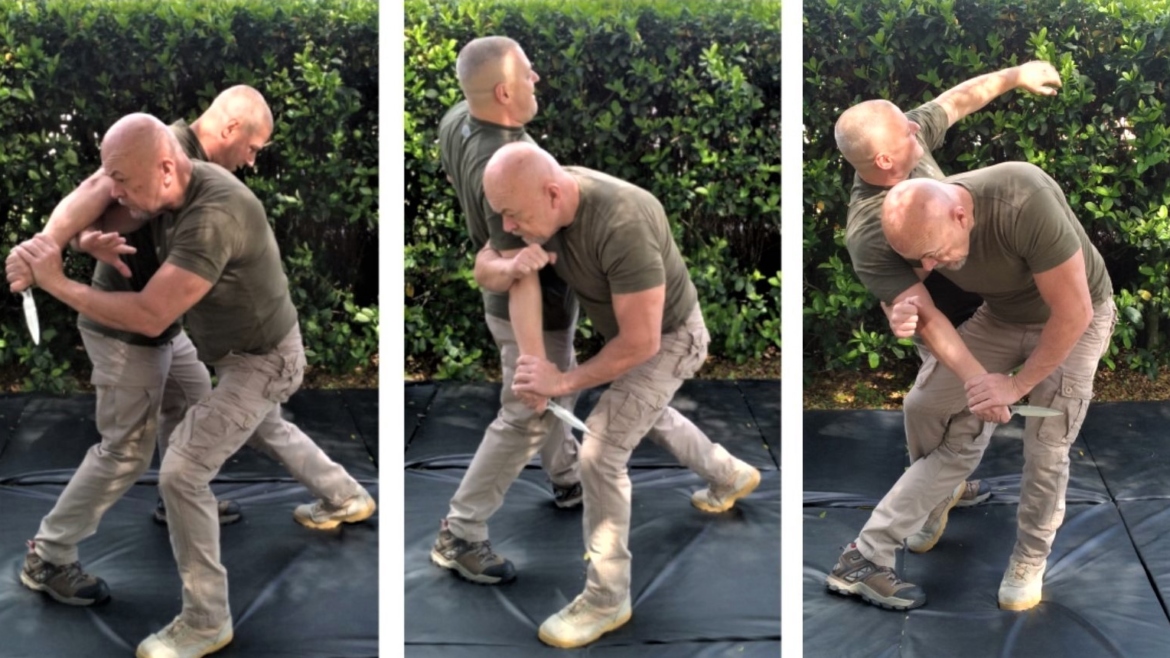 There probably isn’t a scarier scenario than being unarmed and facing someone with a knife. Whether civilian or law enforcement or military, I think it is safe to say that if you find yourself in this situation something has gone very wrong.

There isn’t any technique that even has a chance of working if you dont have any tactics or a strategy. For this reason to increase the odds more in your favor, you should understand the hows and the why’s of what makes you a more difficult target and what makes you an easier one.

1.) CLEAR/AVOID – When it comes to knife attacks always try and move off line at an angle to get the outside of the opponent’s knife hand, this gives you the better tactical advantage.
2.) CONTROL- Establish control of the knife wielding arm.
3.) COUNTER/TERMINATE – Disable opponent’s ability to harm you.

After you have cleared/avoided the initial stab and established control of the weapon being arm then you counter attack. Step #1.) and step #2.) sets up  step #3.) Counter/Terminate.

Cross hock takedown vs Low stab – The low stab or sewing machine attack is one of the most common knife attacks and the most difficult to defend. To avoid multiple stabs gain control of the arm, move forward and diagonally toward the outside of the knife weilding arm. Using speed (a person can move faster going forward then someone can move backward) and leverage you over take your opponent, breaking thier posture backwards and placing his weight on his right leg priming the assailant for the leg sweep takedown (kuzushi/off balancing).

(1.) You see your opponent attempting a low stabbing attack. Hack downward hard crossing both forearms forming a “X” striking the opponent’s forearm. As a second line of defense at the same time hop slightly to the rear and “hollow out” making sure to get your torso further away from the tip of the incoming blade.
(2.) Immediately push off the right foot and step forward at an angle and to the outside of your opponent’s right foot with your left foot. Simultaneous grab his right wrist with your left hand as you move forward keeping the blade of the forearm of your right hand against his right forearm.
(3.) Keeping forward pressure on the opponent’s wrist move your right hand around his right arm and apply inward pressure to his arm just above his elbow with the boney part of the inside of your wrist hyper extending his elbow.
(4.) Keeping pressure on his arm Push step off the right foot stepping forward with the left foot and bring your right leg up and sweep the opponent’s right leg with your right leg taking him to the ground.
(5.) Keep control his right wrist with the left hand or both hands. Push downwards with either one or both hands to apply pressure to the back of his elbow against your thigh.

Follow up and recovery
Your Follow up techniques whether disabling, lethal, non-lethal or control and restraint techniques must be applied immediately after the throw as the fall from the throw itself may not be disabling. For unarmed civilians; dislocations may be the only viable and safest way to disable an armed attacker and ensure your safety. The following elbow or shoulder locks/hyper extensions shown in steps #(1.) and #(2.) are also possible dislocations when enough pressure is applied against the joints.

Control and restraint for law enforcement
In this instance you have your suspect on the ground but may need to get the suspect to his stomach to gain more control.

(2.) (Pictured from a differnt angle) To transition from step #1 to a two on one elbow and shoulder lock, step around his head with your left foot. Grab his right wrist with your right hand and post your right knee tight to the back of the opponent’s shoulder. Pull with both hands on his arm and drive your knee into the back of his shoulder and his elbow will be hyper extended against your thigh.
(Downward pressure of the knee against the back of the shoulder will help keep suspect’s other arm pinned under him.)

(3.) Drive your knee downward forcing your opponent to rollover. Once he is over, reach down with the right hand and place it on the inside of the crook of his elbow.

(4.) Pull on the inside opponent’s elbow with your right hand causing his arm to bend. Simultaneously pivot on the left foot. Your right knee will pivot on the opponent’s shoulder using the shin to pin his arm. Move his right arm to his back using the inside of your leg and place your knee on his back while maintaining control of the wrist. (If the he is struggling, trying to pull his arm in, this will make it easier to bend his arm at the elbow.)

(1.) You see your opponent attempting a low stabbing attack. Step off at an angle forward and to the left crossing your right hand towards your left shoulder while moving. This gets you off line of his attack and to the outside of your assailant’s arm. Hack downward with your right forearm striking his right forearm and deflect his arm to the right.
(2.) Grab and control his upper arm just above his elbow with your left hand (pictured from opposite angle).
(3.) As you control his upper right arm with the left hand, Push step again with the right foot stepping forward with your left foot to his rear. Simultaneously your right hand comes directly up and STRIKES him in the throat or chin.
(4.) Continue the momentum of your STRIKE and maintaining control of his right arm simultaneously. Sweep his right leg out from under him with your right leg. If you need to, push step forward again to execute the sweep to maintain your forward axis. (CAUTION – In training do not attempt to throw your training partner when you have him grabbed by the face or throat as this would cause serious injury.)

(Important Note: Depending on high you sweep his leg and the amount of force applied to the assailant’s throat or chin, this technique could be extremely dangerous as you have the capability of directing and driving the assailants head right into the ground and taking the brunt of the impact of the throw)

When training these techniques strive for precision and accuracy. Work each PHASE of the technique separately and with deliberate action. After getting comfortable with the first step or phase add the next step or phase and work the two together until comfortable and then add another step. DRILL the phases in this manner until you have strung all the phases together. Once you have gained some proficiency you can work for speed and start adding resistance incrementally.

Common Mistakes
1. Not moving. Not getting off line of the attack.
2. Not getting to the outside of attacking arm.
3. Not stepping off at an angle.
4. Not maintaining control of attacker’s arm.
5. Reaching for the sweep with your right leg which causes you to lean backwards. Too keep your axis forward you must step past your opponent’s foot with your left foot/non sweeping leg. 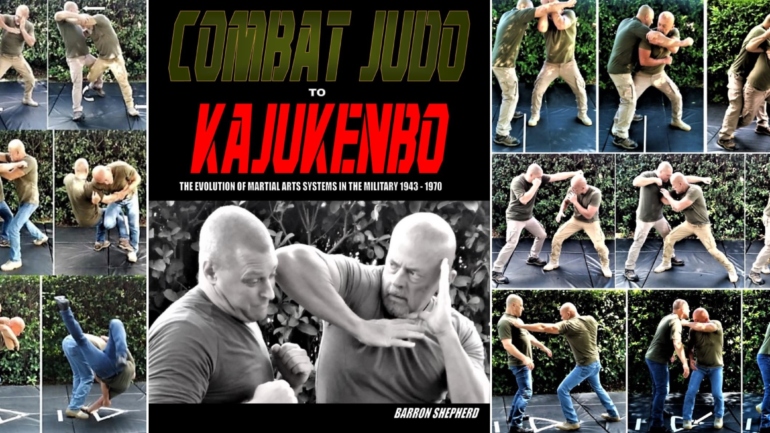